Paying For The Rehearsal Dinner

My son is on his second marriage, however for the bride this is wedding number one. My husband and I paid for the first rehearsal dinner, and do not feel obligated to pay for this one.

The wedding is in Mexico which is already quite an expense, and his bride to be is insisting we pay for the rehearsal dinner to the tune of $1600.00. We were not asked, we were told that it is our obligation as the groom’s parents.

We wouldn't mind helping but feel the price is too much, and that we have already fulfilled this obligation on his first wedding! What is the proper thing to do?

We are in total agreement with you on this one. The best advice we can give you on this is to be honest with both your son and your future daughter-in-law right away.

If you are uncomfortable addressing them both, definitely sit down with your son and simply explain that you would like to contribute something to the festivities, but feel since you have paid for the first wedding's rehearsal dinner, that it is unfair for him to ask again.

Also, try to make it clear that this is not an attack on the bride, you simply aren’t able to do it for the reasons already mentioned (which are very good reasons).

Stick to your guns, be honest and have a great time in Mexico!

To Your Wedding!
Danielle & Stephen

Join in and write your own page! It's easy to do. How? Simply click here to return to Ask The Wedding Planner. 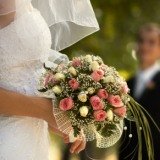 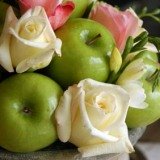